Under the leadership of Minister Sven Gatz, responsible for the promotion of multilingualism, the Brussels Government approved the projects submitted in the framework of the BeTalky 2021-2022 call for projects. The call for projects was a success: no less than 99 projects were submitted. Ten of them were selected to receive a grant to strengthen their multilingual activities. The total budget to be allocated is €200,000. 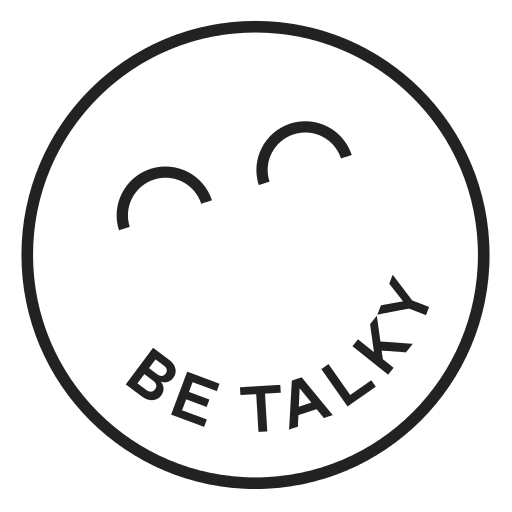 The call for projects

The call for projects is a concrete implementation of the policy paper "Promoting Multilingualism" presented by Minister Gatz to the Brussels Parliament at the end of 2019.Minister Sven Gatz is pleased with the response to the call: "No less than 99 organisations submitted a project after the call was launched, which demonstrates the great interest and presence of multilingualism in the Brussels Region.

The call for projects was addressed to organisations that, through a project, respond to concrete needs in the field of multilingualism and that can effectively achieve social added value in their field: education, work, culture, youth, sports, welfare, etc. The content of the project had to be aimed at "Brussels residents", be organised in the Brussels Region and achieve a sufficient score in terms of language acquisition, language awareness, dialogue, encounter and social cohesion. At least two languages had to be involved, at least one of which had to be in Dutch, French or English. It was also explicitly asked whether the projects could be carried out in accordance with the COVID-19 crisis.

A jury of four members of the Multilingualism Council selected ten projects from the 99 submitted, which were approved today by the Council of Ministers. The selection was made taking into account the target languages of the different projects (Dutch, French, English or languages spoken at home):

DaarDaar is an information platform created in 2015 where articles from the Dutch and German-speaking press are translated into French. Its aim is to enable French speakers to get to know the Flemish Community and the media in the north of the country better. A series of eight one-minute animated videos (4 N and 4 F) explaining in a playful way an expression in Dutch and French. Filmed in eight selected locations in Brussels. With these videos, DaarDaar wants to build a bridge between language communities and multilingualism. The videos are made in collaboration with journalists, illustrators, musicians, etc. (Camille Toussaint, Bruzz, Aubry Touriel (Médor, Wilfried, Le Vif/L'Express, RTBF, VRT).

Vluchtelingenwerk Vlaanderen is committed to helping people who are fleeing war, violence and persecution. It supports anyone who helps asylum seekers and refugees. The project consists of recruiting language assistant candidates in Dutch, French and/or English. Training of language assistant candidates in Dutch, French or English; all languages of origin of language assistant candidates aged 18 and over in Brussels are included in the training. The auxiliary interpreters are former OKAN students (+18 years) who are trained free of charge. They serve as role models for the students. The target group of trainees is also specifically extended to mothers (students). It is thus a new cooperation between N and F education. The intention is that this project will lead to a regular deployment of these interpreters in education. The Flemish Refugee Council is working with Brussel Onthaal/Bruxelles Accueil to this end.

PATHWAYS Institute for Negotiation Education (vzw 2017) offers individual and virtual creative negotiation tools and exchange programmes in all areas of society, personal, professional and social life. The project sets up cooperation between French and Dutch speaking schools through learning workshops, working groups and exchange programmes, a communication campaign designed by the students and a closing event.

The Asmara-Addis Literary Festival (In Exile) was founded by Sulaiman Addonia in 2019 and started in Bozar. This strongly feminist festival is composed of writers and artists from different backgrounds. The festival aims to give as many languages spoken in Brussels the opportunity to be used on stage and to be included in literary events. The third edition of the festival will match this figure with literary exchanges in more than a dozen languages, on stage and in the streets of Brussels. The festival will take place over three days in autumn 2021. The philosophy is that sharing languages is an important way to bring people together.

The project consists of developing a tool to support languages spoken at home. More than 100 languages are involved in Brussels. The project will work with 4-6 heritage languages (minority languages) and their communities (preferably Arabic, Spanish, Romanian and Chinese). An interactive multilingual electronic platform for minority language teaching will be developed. The project will be divided into three phases: a research phase with a desk study on best practices in minority language education and practices in the Brussels Region (interviews with teachers, parents, community members, etc.); the development phase, with the design of the platform using videos and interactive material; the testing and implementation phase, where the platform will be tested with the participants.

The project aims to develop languages through sport by offering language courses during the school holidays (half-day sports, half-day language courses), by offering Dutch language courses and homework help after school and by providing teaching materials (football dictionary). This was done for two football and basketball clubs. The project mainly focuses on catching up on schooling during the covid 19 period when regular education was interrupted. This call for projects offers the clubs an excellent opportunity for partnership and exchange of good practice between the two clubs.

The aim is to promote Dutch and French in the Brussels primary school system through CLIL (immersion: teaching subjects in languages other than the basic language). CLIL has already been adopted in French-speaking primary and secondary education: 200 schools, 19 of which are in the Brussels region. In Dutch-speaking education, immersion is only allowed in secondary education. However, in the Dutch-speaking education system in Brussels, many primary schools request this form of education. This project attempts to meet this demand.

Contrary to popular belief, languages of origin are perpetuated in subsequent generations of migrants. In recent years, Foyer has focused on multilingualism in the city as part of its PIM (Partners for Multilingualism) approach. The emphasis is now on maintaining the family language in combination with a strong school language. With the underlying idea that languages are communicating vessels. That is why it is important that parents pass on their mother tongue in an appropriate way. But this does not always work. And from this experience the PIM@home project was born. At the end of the call for projects, the Minister for the Promotion of Multilingualism, in collaboration with the Brussels Council for Multilingualism, will organise an inspiration day, a networking day or a feedback event during which people who have taken part in the subsidised projects will be able to talk about their experiences.